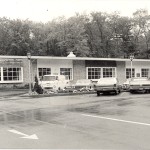 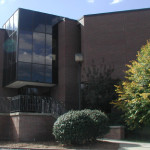 Open since 1968, Northland Public Library has nearly 200,000 items in its physical collection including books, magazines, newspapers, DVDs and CDs. Additionally the collection includes access to over 645,000 downloadable eBooks, eAudio, eMagazines, eVideos, eMusic. The library provides programming for people of all ages, as well as a quiet place to study, read and learn.

Northland is the second largest library in Allegheny County. The geographic area served, the population base, collection and circulation are second only to the Carnegie Library System in Allegheny County. Northland is also a member of the Allegheny County Library Association (ACLA) a system of 46 independent public libraries with more than 70 locations that work together, share resources and cooperate to provide a high level of public service to county residents.

The library receives the majority of its funding from the five municipalities which it directly serves. Please see the Governance & Funding page of the library website for more information.

In 2018, Northland Library celebrates 50 years of serving our communities. Here is a timeline of our major milestones.

There are approximately 78 staff members who work in a variety of areas including circulation, reference, programming, technical services, and administration, including facility maintenance.